Skip to content
Ginger Cat House does not aim to replace your Veterinarian. Ginger Cat House offers practical advice but will always advise you to seek Veterinary attention for further information if your cat is unwell.
1shares

The Orange Maine Coon – Everything you need to know

It probably comes as no surprise that at this site we are a fan of a ginger cat and none come more royal than the stunning Ginger Maine Coon.

Officially known as ‘Red Maine Coons’ they can often be referred to as Marmalade or orange as well.

However, the 5 official colours are:

Despite having 5 different variants, they are all some form of ‘Red Tabby’ even the ‘Solid Red’ whose contrasting stripes are still present, just very similar in colouring – giving the ‘solid’ appearance. With all colourings, they seem to appear/develop more as the kitten grows.

The fur of a Maine Coon will always be medium to long in length and requires a lot of grooming, therefore you should take this into consideration when deciding if this breed is right for you.

Alongside their magnificent coat, they will also have a striking copper/golden eye colouring or at times emerald green.

Typically, a fully grown Maine Coon cat will be between 6-8kg, with males being bigger than females.

Looking at them lengthways, from nose to tail at full growth they can be up to one metre long!

To accommodate their giant size you will need to purchase a specially designed cat tree for large cats. 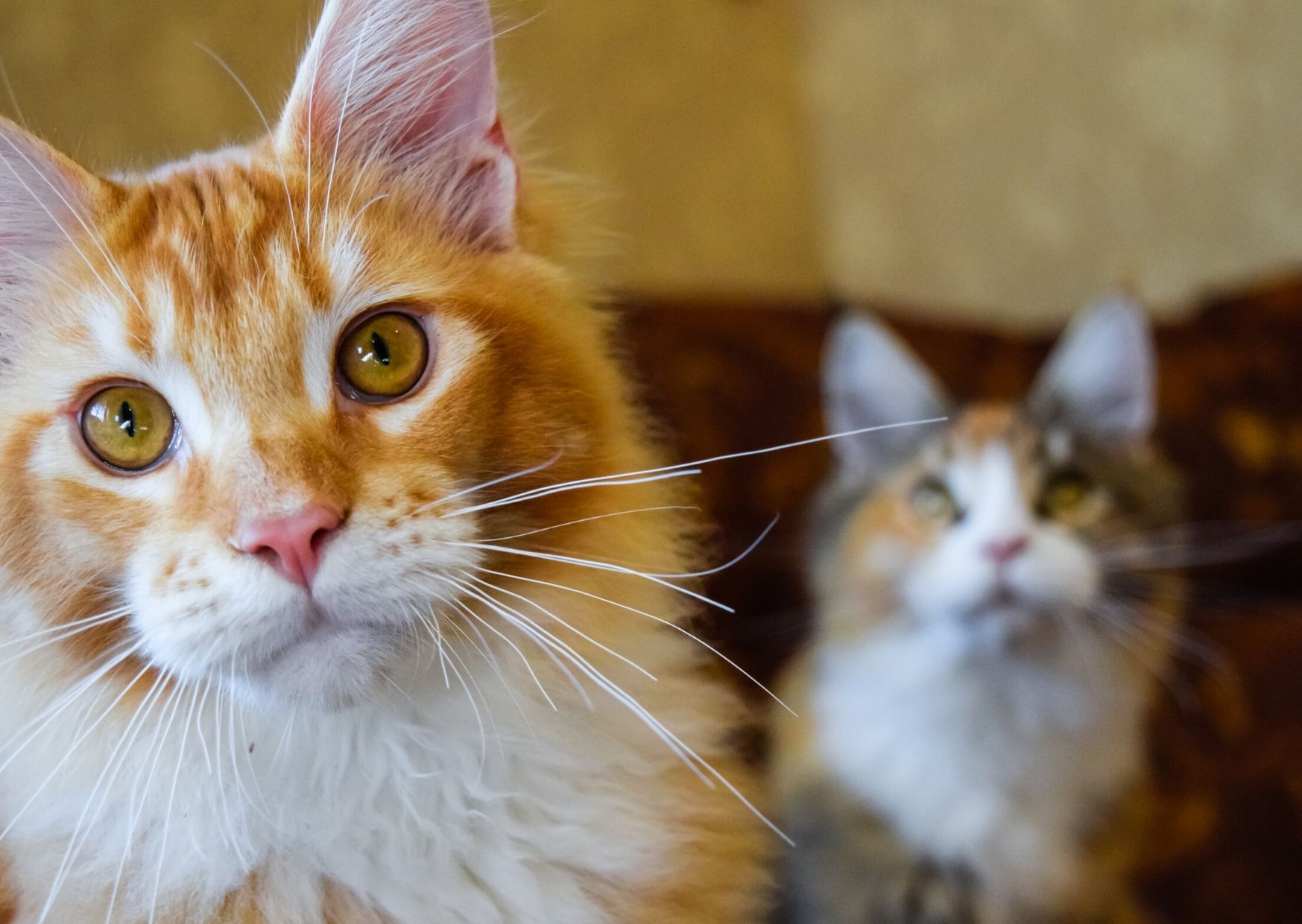 While ginger Maine Coons may not be as common as other colours, such as grey, they are still not very rare.

As colouring is all down to breeding, many breeders will tend to breed ‘certain colours’ and will become known as reputable breeders for that particular colour of Maine Coon.

Always be sure to research cat breeders and receive recommendations instead of simply buying a cat from anyone. Reputable and respected breeders will always allow you to see the kittens with their mum and will be able to trace the cat’s family line.

Can you get female ginger Maine Coon cats?

Yes, you can get orange female Maine coons. While ginger cats are predominately male, it is not impossible to get a ginger female cat (like it is impossible to have a male tortoiseshell).

This is because the ginger gene which produces the orange colour is on the X chromosome. Females have two X chromosomes and so need two copies of this gene to become ginger, whereas males need only one. This means there are roughly three males to one female ginger cat.

Ginger tom cats father tortoiseshell or ginger females. If both parents are orange, then they will have all ginger kittens as well.

Maine Coons are gentle giants, making them a great option for a family cat.

They are known as the ‘dog of the cat world’ due to their size being typically larger than other cat breeds. They also display loyalty traits, much like a dog would.

Although affectionate they are fairly independent – not demanding and can be very vocal. Like most cat breeds, they love to hunt and chase – so make sure you have lots of toys around the house. 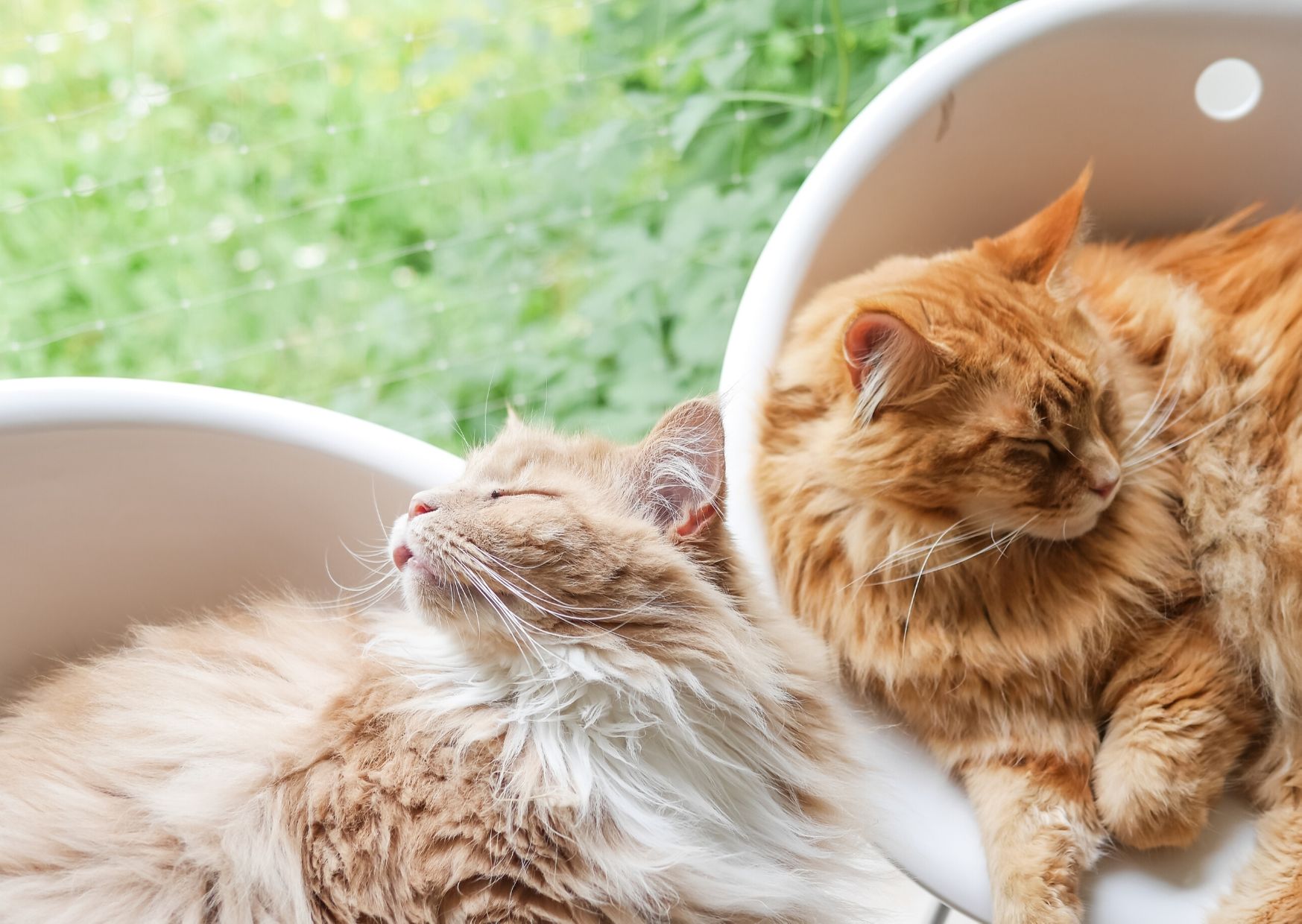 Does the colour of a Maine Coon decide the personality?

There are many old wives’ tales which suggest the colouring of a cat dictates their personality and to some degree, after 10 years of working with cats, I do believe this is true (I am looking at the sassy tortoiseshells).

However, there is no science behind this but again, in my opinion, male ginger cats, in particular, are the softest, gentle and affectionate of the cat colours.

Are orange Maine Coon cats predisposed to any diseases?

This does not mean the cat will 100% get this disease within their lifetime, it is just something to be aware of. All most all pedigree breeds are predisposed to certain diseases.

The history of the Maine Coon cat

The Maine Coon cat is considered the only longhair breed native to the United States.

It is believed the breed was introduced by seamen who sailed into New England. The cats they carried on their ships most likely left the ship either permanently or just for a little shore leave, bred with the existing native cats, and ultimately created a breed of their own.

What should I call my ginger cat?

Choosing the perfect name for your cat can be difficult but we have plenty of options to help you out: 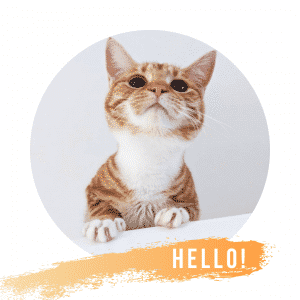 Welcome to the Ginger Cat House

Learn all you need to know about looking after the cats in your life and some other fun things along the way.

Looking for something in particular?

Any cookies that may not be particularly necessary for the website to function and is used specifically to collect user personal data via analytics, ads, other embedded contents are termed as non-necessary cookies. It is mandatory to procure user consent prior to running these cookies on your website.